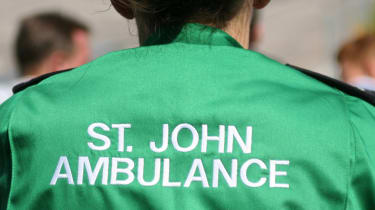 Hackers have turned their sights on one of the UK's most well-known health charities earlier this week, it has been revealed, in an attempt to extort money by locking their systems.

St John Ambulance, a charity that specialises in first aid delivery and training, said that on 2 July at 9.00am it was hit by a ransomware attack.

In a statement emailed to customers and posted to its website, the organisation said the incident only lasted an hour and while it was temporarily blocked from accessing certain booking information the charity is "confident that data has not been shared outside St John Ambulance".

"The only data that has been affected relates to our training course delivery. It does not cover supplies, events, ambulance operations, volunteering, volunteer, data, employee data, clinical data or patient data," it said.

It also told customers: "You don't need to take any immediate action. However, if you work for one of our corporate customers, please pass this email on to the person in your organisation who is responsible for data protection."

St John Ambulance also noted it's followed its legal obligation to inform the Information Commissioner's Office (ICO) and has also contacted the Charity Commission and the police.

Independent security analyst Graham Cluley said in a blog post: "My reading of this is that St John Ambulance did not have to pay hackers a ransom to recover access to the encrypted data, but instead were able to put in place emergency recovery plans to restore from unaffected backup systems. That's in marked contrast to ransomware attacks that have hit American cities in recent weeks which have resulted in extortionists being paid over a million dollars.

"The news that St John Ambulance had calmly resolved the incident within half an hour seems pretty impressive to me, and together with the transparency they show in their disclosure will hopefully reassure those who deal with the charity. If only all organisations and companies could put themselves in a recovery position so confidently."