The “Ransomware Summit” opens lines of communication between corporate and government 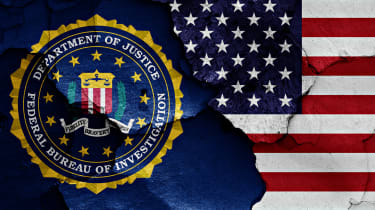 Over 100 public-sector ransomware attacks were reported in the US in 2019, roughly double the amount in 2018. The actual number of attacks, however, is likely much larger; many are never reported to federal law enforcement.

Jackson County, Georgia paid $400,000 in March to retrieve the county's data from the hackers that stole it, rather than rebuild its networks altogether. The city of Riviera Beach, Florida, paid $600,000 in a similar case in June. These are just two of the many poorly-secured local governments, businesses, and schools that have been forced to hand over millions of dollars to hackers who can buy ransomware as a service kits for cheap on the dark web.

In an effort to respond to the problem, the FBI quietly invited corporate ransomware experts to a two-day, closed-door conference in September. It was an unprecedented admission by the federal agency that it must rely on the private sector for more data to better investigate ransomware cases.

FBI cyber division section chief Herb Stapleton said the goal of this "Ransomware Summit" was for corporate executives to "help us fill in some of the gaps in the intel" on ransomware threats: "There are probably thousands of attacks every year that aren't reported to the FBI."

One executive estimated that the companies in attendance represented more than half of key responders to enterprise ransomware attacks. Among them were representatives from tech giant IBM and law firm Kroll, sharing their knowledge from tracking attackers to helping victims recover. Additionally, cyber insurance companies and a cryptocurrency-tracing Silicon Valley startup claimed seats at the table.

Many details from the summit fall under the "TLP Amber" designation, which prohibits attendees from sharing sensitive information. However, Stapleton told CyberScoop that the FBI requested executives to anonymise victim data and share it with federal officials to "round out" the bureau's picture of the threat.

According to Stapleton, executives asked for a list of the types of information they could provide the FBI to assist in future investigations. In exchange, the bureau updated them on the current climate of ransomware threats.

"Some of these private-sector entities have a lot broader reach than the FBI does," Stapleton admitted. "They have clients who are already concerned with these types of things and there's an opportunity [via the conference] for a unified message about instituting proper back-up protocols for your data."

One attendee, Coveware CEO Bill Siegel, praised the conference for fostering cooperation between federal and private ransomware specialists. Such discussions, he said, can "greatly augment investigations [and] recovery".

Stapleton agreed that the forum will lay the foundation for more thorough discourse between federal officials and the private sector on how to respond to future ransomware threats.