Another US state government hit with ransomware, following a brief reprieve 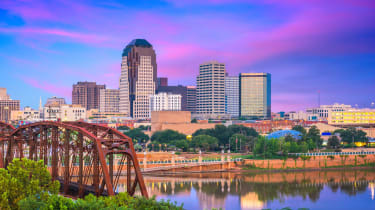 Louisana's state government has responded to a suspected ransomware attack by shutting down many of its websites and email systems.

Every agency in the state (population 4.6 million) has been affected by the shutdown following the attack which follows a spate of other ransomware onslaughts targeting small US towns and cities in recent months.

Edwards also confirmed that the OTS said the attack was "similar" to the ransomware which plagued the other affected US towns and cities of over the summer.

"There is no anticipated data loss and the state did not pay a ransom," he added. "LA State Police and several federal agencies are investigating this attempted ransomware attack."

Not much is known about the type of ransomware attack that has crippled computer systems across the US this year other than the small information that has been leaked from each report.

Following the simultaneous attack on 22 Texas municipalities, we know that the ransomware attack exploited the island hopping method of infiltration, thanks to confirmation from the mayor Keene Gary Heinrich.

We also know that the attacks have been successful in some cases. When two Florida towns were hit in as many weeks, IT Pro reported that both towns paid the collective $1.1 million ransom (£850,000) to get their systems back online - a practice widely condemned in the industry.

The ransomware attack on the city of Baltimore was reportedly caused by the Robin Hood strain but it's not clear if the same strain has been the culprit of the other attacks.

The wave of attacks over the summer prompted the FBI to seek private sector support, according to reports of a closed-door meeting held back in September 2019.

The number of US public sector ransomware attacks doubled in 2019 and the invitation for private-public sector collaboration was described as an unprecedented admission from the FBI that it needs private sector assistance to augment investigatory powers.

Although the official number of attacks doubled, it's believed the number is much higher and often attacks simply go unreported.