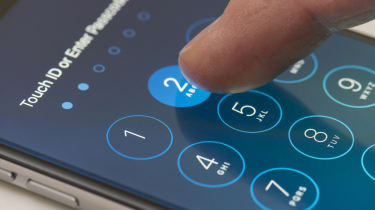 Businesses using Apple and Cisco products will now qualify for better cybersecurity insurance terms as part of a deal with European insurer Allianz, the companies announced on Monday.

Companies could also qualify for reduced, or even no, deductibles as part of the deal with Allianz, which said the service is designed to help a wider range of organisations protect themselves against ransomware and malware threats.

Those companies using Cisco's Ransomware Defense suite, which is offered as part of Cisco's security portfolio, as well as those that have rolled out iPhones, iPads and Macs to their employees, will qualify for the favourable terms.

The contract will also offer a "Cyber Resilience Evaluation" provided by services firm Aon, which will assess a company's security posture and recommend ways to improve its defences. Organisations will also have access to Cisco and Aon's incident response teams in the event of a malware attack.

Allianz has said the move is an attempt to address the trend of companies failing to take our cyber security insurance at a time when malware attacks have become a daily occurrence.

US cyber security premiums amounted to $1.35 billion in 2016, according to data gathered by Reuters from the National Association of Insurance Commissioners, and Monday's deal may go some way to entice businesses looking to protect their systems.

The move is also the latest in a string of deals Apple has struck with B2B companies, including a long-running partnership with IBM to enhance enterprise mobility through a range of applications and services and a business app development deal with SAP.

A deal with Accenture last year also saw the creation of a suite of tools to help businesses better engage their users through iPhones and iPads.

Apple has confirmed to IT Pro that there are no specific requirements for how Apple products are purchased, and that businesses would qualify regardless of whether devices are procured or used through BYOD schemes.

"The choice of technology providers plays a critical role in any company's defense against cyber attacks," said Apple CEO Tim Cook. "That's why, from the beginning, Apple has built products from the ground up with security in mind, and one of the many reasons why businesses around the world are choosing our products to power their enterprise."

An Allianz spokesperson told IT Pro this offering "will be available initially in the US market, with the intention of expanding globally in time".

However, what's still uncertain is the exact terms of the contracts, and although Allianz has said deductibles will be non-existent in some cases, it isn't clear to which cases that would apply.

The news that an insurer will now dictate which security products qualify for the best deals has drawn concern from the security industry.

"It's reasonable for home contents insurers to give residents discounts if they have dead-bolts, window-locks and an alarm - but it would be outrageous if insurers instructed that these had to be for specifically branded locks or alarms," said David Emm, principal security researcher at Kaspersky.

"What makes theirs a better-informed decision than the customers, or an independent reviewer? This move in the cyber-insurance industry sets a worrying precedent. By being guided towards certain providers, customers won't have full freedom to choose the best product."