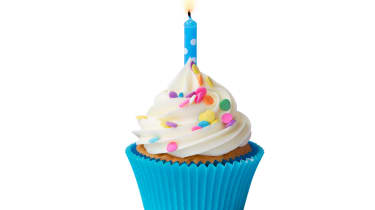 Outlook.com, the successor to Microsoft's venerable Hotmail.com webmail service, has celebrated one year since the first beta version of the email Software-as-a-Service (SaaS) offering was released.

In a blog post to mark the anniversary, Dick Craddock, partner group programme manager for Outlook.com at Microsoft, said: "A year ago today, we introduced the preview of Outlook.com. It was the first step in our mission to reimagine personal email, from the datacentre all the way to the customer experience.

So keep letting us know what you want to see next and how we can deliver an amazing personal email service for you.

"You've been a tremendous help in making Outlook.com a better service for all of us and the world's fastest growing email service, so we want to take a moment to say thank you."

However, since the beta launch on 31 July 2012 and subsequent full rollout over the course of this year, Outlook.com has been dogged by controversy.

During the beta testing period, which ran until February 2013, users flooded Microsoft's forums with complaints.

Some users were upgraded without their permission and found the "Go Back To Hotmail" button was not working, while others upgraded to the preview voluntarily, only to be greeted with a blank screen when they tried to log in.

Still others managed to successfully upgrade and log in, but found all their Hotmail emails had disappeared.

Nevertheless, Microsoft ploughed on with the upgrade and in December 2012 began introducing ads into Hotmail encouraging users to upgrade to Outlook.com.

Eventually, those who had not already taken the plunge were pushed, as Microsoft began to automatically upgrade Hotmail accounts to Outlook.com.

The process was completed in May, but many users were left confused by the new interface leading IT Pro to produce a tutorial, which is regularly updated, addressing many of the common difficulties raised by readers since the Outlook.com upgrade began.

But despite the glitches, including a major hiccup during migration that left users unable to log in to either Hotmail or Outlook.com, Craddock has hailed the rollout of the overhauled service a success.

Outlook.com now has over 400 million users more than the total population of the USA and has over the past 12 months received 600 improvements delivered in 34 feature releases, which were, according to Craddock, based primarily on user feedback.

"It's been a pretty busy and exciting 12 months (and less than 6 months since we came out of preview on February 19). Thank you all for the hundreds of improvements you've helped us make, and for choosing to make Outlook.com part of your daily lives," said Craddock.

"We're excited about where we are today, the world's fastest growing email service and there's still a ton more to come. So keep letting us know what you want to see next and how we can deliver an amazing personal email service for you," he concluded.