This is what BuzzFeed uses to manage its Google Apps

Just how does BuzzFeed manage all that data? Read on to find out... 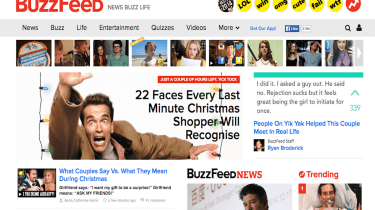 BuzzFeed, for those that don't know, is a news and content powerhouse which has an audience of over 100 million people worldwide. It produces media in the forms of news, editorial content and video. But how on earth does it manage that huge amount of content and get it out to us every day?

BuzzFeed uses Google Apps to operate, according to BuzzFeed's IT Team Lead, Justine Bienkowski. The company chose Google Apps because it is easy to use, its employees are already familiar with Gmail and it cuts out the need for alternative email servers.

After six years of using Google Apps alone, BuzzFeed decided it needed to explore Google groups which meant some changes needed to be made. Google Apps is limited in that you can't update permissions and groups in bulk so they needed to find a third party app to run things for them. After some trial and error they found FlashPanel. 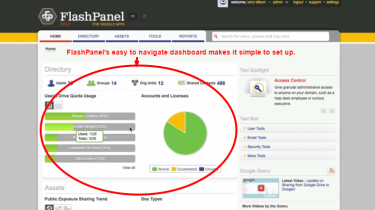 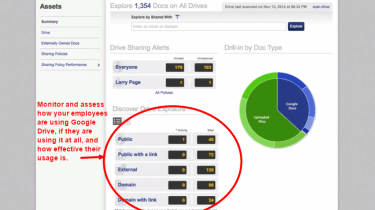 FlashPanel is a powerful cloud management tool for Google Apps users, it helps them control and secure their Google Apps domains and automate common management tasks. With FlashPanel's scheduling facility, Google Apps administrators can use policies for various settings like IMAP/POP and email signatures on a daily basis. FlashPanel simplifies repetitive tasks.

Before using FlashPanel, the BuzzFeed team had to rely on spreadsheets and had to train each new employee on how their systems worked. Now with FlashPanel in place they get it all laid out for them in simple terms with reminders for every task and project.

Here is what Bienkowski has to say about FlashPanel the #1 Cloud Management and Security Tool for Google Apps:

"FlashPanel takes the tools given in the Google Apps Admin Console and makes them better."

"It's nice to see exactly what is public facing and if there's something that needs to be rectified I can either contact the user or update the sharing settings myself."

"Now, FlashPanel reminds us to do everything that we need to do. It's useful, because you can be really smart and awesome, but everyone forgets stuff sometimes it's nice to just have it all laid out."

A hugely successful company like BuzzFeed can't be wrong, can it?

You should also take a look at 6 Reasons BuzzFeed Uses FlashPanel to Manage Google Apps and check out the GetApp marketplace for more security and compliance software to fit your business. Take a look at more tutorial videos to learn more about FlashPanel.