We explain the history of Citrix, its key products and key people 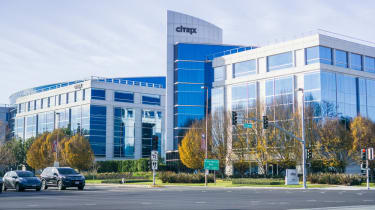 Citrix offers server, application, virtualisation, networking, SaaS and cloud services to businesses around the world. It has a varied history, acquiring businesses to grow its position in the market, as well as selling a large part of its product portfolio to LogMeIn at the beginning of 2017.

Here's all you need to know about the company and its products.

A history of Citrix

Co-founded in 1989 by Ed Iacobucci, formerly of IBM, the company initially known as ‘Citrus’ began life with five engineers and a $3 million cash investment. The company was forced to change its name after an existing company claimed a trademark violation, and so, its co-founder merged the brand with UNIX to create the name that it’s now known by.

The company began its first lease of life building remote access tools for hardware that ran Microsoft’s flagship Windows OS. It then transitioned its product into a thin client not long afterwards, which was used among customers for remotely accessing servers. The technology that this allowed Citrix to build, namely a suite of remote access applications, was also fuelled by the acquisitions of ExpertCity and Sequoia Software in 2001.

As Citrix made further acquisitions, it expanded its remit into desktop virtualisation and servers, while ramping up the breadth of customers it serviced. The emergence of cloud technology, in particular, was an ideal launchpad for its products, particularly in the software as a service (SaaS) and infrastructure as a service (IaaS) spaces.

The firm’s GoTo range, including GoToAssist, GoToMeeting, GoToMyPC, became widely used among business customers, although Citrix decided to bundle these into a standalone business, and instead concentrated on building out its virtualisation offerings

LogMeIn announced a merger with Citrix in 2016 in which both companies took a 50% stake in the GoTo family, with the former's remote access and remote desktop products better integrated with the latter's.

The company is dual-headquartered in Fort Lauderdale, Florida and Santa Clara, California. It also has offices in Raleigh, North Carolina, Australia, India, Japan and the UK.

Citrix has completed more than 50 acquisitions over the course of its 29-year history, most of which have augmented its existing portfolio or helped expand its business, rather than them leading to any radical diversifications.

Its first purchase, eight years after it was founded, was of Australian firm DataPac, which helped Citrix get a foothold in the Asia-Pacific (APAC) region. Over the next decade, it made some critical acquisitions that would serve as the foundations of some of its key products, including Expertcity in 2004 - which brought in the GoTo suite - Netscaler in 2005, and XenSource in 2007, whose name Citrix used for its Xen-branded products, like XenApp and XenDesktop.

One of the company's recent acquisitions was Cedexis in February 2018, which Citrix bought to to "optimise app and content performance in hybrid-multi-cloud world", according to a statement from chief product officer PJ Hough.

The most recent acquisition, micro-apps platform Sapho, was also completed in 2018 for $200 million, with the company planning to directly feed its technology into Citrix's products in order to heighten the 'employee experience'.

Steve Shah, VP of product management, meanwhile, said: "IT teams will be able to respond and act quicker when troubleshooting network issues, managing load across clouds, and handling capacity changes to scale with business needs. Moreover, IT can reduce network and cloud costs while providing the best end-user experience."

Citrix also paid a reported $200 million to acquire Sapho in November last year, in a bid to bring the company's "micro apps" into its flagship Citrix Workspace platform.

What does Citrix sell?

Citrix's product line spans three branches; Workspace, Networking and Analytics. The company once offered remote access products under the Xen brand until it underwent a major rebranding in May 2018 just days after its annual Synergy event.

Virtual Apps offers support for apps, while Virtual Desktops allows remote access to a desktop. Hypervisor is a server virtualisation platform for accessing better application and desktop performance. Endpoint Management, which also comes under that part of Citrix's business, is the company's mobility management solution.

Content Collaboration is Citrix's file sync and sharing product, helping businesses share content on-premise and in the cloud with other collaborators such as colleagues and clients.

Citrix also offers a range of network products, which it acquired from Netscaler - a name also phased out in the 2018 rebranding process. Citrix Networking, the second branch, includes Citrix ADC, Citrix Web App Firewall, Citrix Gateway, Citrix Application Delivery Management, Citrix SD-WAN, and are all available to help businesses operate better whether in the datacentre, a branch, in the cloud or on mobile.

Citrix is a public company listed on the NASDAQ stock exchange.

Its fourth-quarter 2017 results showed 6% revenue growth year-on-year ($778 million compared to $735 million). Most of this growth was driven by its Software-as-a-Service division (up 38% year-on-year) and professional services (up 13% year-on-year).

In 2018, the company slightly defied analysts' expectations of net revenue hitting between $2.86 billion and $2.88 billion, recording a full-year revenue of $2.97 billion, or a 5% increase. This manifested as a 4% year-on-year decrease in product and license revenue, but a 45% surge in subscriptions. Support and services revenue rose 2% year-on-year, meanwhile.

Its shareprice, meanwhile, climbed dramatically towards the end of 2019, finishing on an all-time-high of $128 on 23 January this year, before dipping slightly as the year continued.

David Henshall is Citrix's CEO, having taken on the role in early July 2017. He was previously COO and CFO.

Henshall succeeded Kirill Tatarinov, who was CEO from January 2016 until 11 July 2017. Prior to Tatarinov, the CEO was Mark Templeton, who held the role from 2001 to 2015