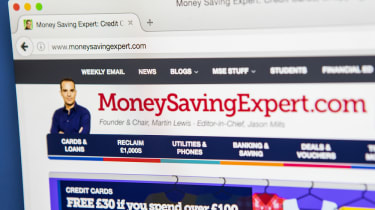 Martin Lewis, founder of MoneySavingExpert.com, is suing Facebook over fake advertisements sporting his name and face that have been popping up on the platform over the past year.

The ads promote get-rich-quick schemes with titles like 'Bitcoin Code' and 'Cloud Trader'. Also published on sites such as BBC, the Metro, Yahoo and Outbrain, the ads link to scam websites for binary trading companies.

This online investment model, where investors bet on whether the value of an asset will be above or below a set price in the future, more often than not turns out to be a scam, costing UK investors over 87,000 a day, according to Action Fraud.

The Advertising Standards Authority, however, was not able to act against the alleged scammers since they posted the ads from outside the EU.

Facebook simply stated that it does not allow false ads on its platform and that it has told Lewis to report such ads, which it will then remove. This is despite Lewis saying that all ads referencing him are fake, since he does not put his name on advertising. He claimed that one woman lost 100,000 after an advert using Lewis's name and face persuaded her to invest it.

"Enough is enough," Lewis said. "I've been fighting for over a year to stop Facebook letting scammers use my name and face to rip off vulnerable people - yet it continues. I feel sick each time I hear of another victim being conned because of trust they wrongly thought they were placing in me."

Lewis's case hinges on proving that Facebook is a publisher and that the UK has jurisdiction over the fake ads Facebook ran.

"It's time Facebook was made to take responsibility," Lewis said. "It claims to be a platform not a publisher - yet this isn't just a post on a web forum; it is being paid to publish, promulgate, and promote what are often fraudulent enterprises."

"Facebook is not above the law," said Mark Lewis, of Seddons law firm, representing Martin Lewis. "It cannot hide outside the UK and think it is untouchable."

He announced that they will seek "exemplary damages", which will be large enough that Facebook feels the impact and does not write the charge off as a cost of doing business.

Martin Lewis said he will donate any damages won to charities combatting fraud.

Google, Facebook, Twitter and other websites have recently banned adverts for Bitcoin and initial coin offerings, where investors pay real money for virtual tokens representing a new cryptocurrency, on the basis that scammers are taking advantage of public appetite for investing in these speculative financial services by promising quick returns that often don't materialise. Meanwhile, the EU has threatened to regulate cryptocurrencies if the huge fluctuations in the value of currencies such as Bitcoin is not addressed.