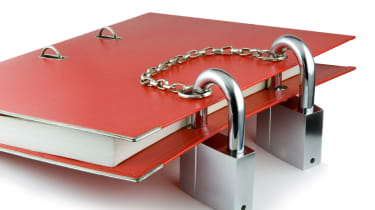 Almost one-fifth of all theft in Britain results in the loss of sensitive data, according to information gleaned from the UK's police forces.

More than 164,192 pieces of computing and communications equipment were stolen across the UK between March 2013 and February 2014, according to a figures obtained by network security vendor ViaSat.

All 46 police forces in the UK were contacted with a Freedom of Information request by the firm. Of the 41 forces that responded, 35 gave full enough information to provide a precise analysis of the data.

Desktop computers, laptops, tablets, smartphones and USB drives ranked among the most likely items to be stolen in the country last year, with 14 per cent of those thefts being reported by companies.

Chris McIntosh, CEO at ViaSat UK, said: "If less than 1 per cent of the devices stolen in burglaries or personal thefts contained any sensitive information that is still a huge amount in the wrong hands."

Theft from members of the public, whether burglary or mugging, gave much higher results with 28 per cent of all burglaries and 66 per cent of all muggings resulting in the theft of a mobile or computing device.

"It's clear the need to protect personal information must be understood by everyone, from heads of security to housewives and husbands," said McIntosh.

Bob Tarzey, analyst and director at Quocirca, told IT Pro that when devices are stolen at random, the chances of present data being useful to a thief are low. Usually the data that is present is limited to information about the original owner.

"If the device is an unprotected work device then regardless of the usefulness of the data to the thief, there is still the possibility of a compliance issue with certain data types," he added.