EMC World 2013: Enterprise on back foot with cloud and mobile security 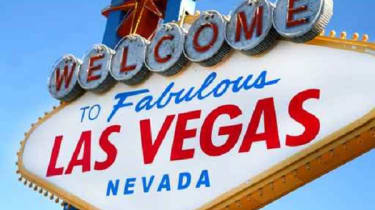 Enterprises are on the back foot when it comes to protecting themselves against the threats posed by cloud and mobile devices, according to Art Coviello, executive chairman of EMC-owned RSA.

During the opening keynote at this year's EMC World conference in Las Vegas, Coviello called on enterprises to rethink how they address IT security in the cloud and mobile era.

"[All these trends] represent an expansion of the attack surface...and mobility, web-based apps and cloud all create new openings to our infrastructure and more risks," he warned.

"We are [behind the curve when it comes to security] and we have to change models...[because] we've had a model where we've been reactive and tried to protect the perimeter, but that doesn't exist anymore."

To achieve this, he said organisations need to take a more "intelligence-driven" approach to security that draws on another industry megatrend, big data.

"We need more big data-orientated controls that can detect and respond to attacks, opposed to trying to prevent them from the outset, which is increasingly becoming a fool's errand," he added.

However, the vast amounts of unstructured data enterprises are holding on to for big data analytics purposes will also put them at risk of attack, he warned.

"These big data stores and the application that are used to mine them will [offer] a treasure trove of opportunities for attackers," he said.

The push to connect increasing numbers of household devices to the internet is another area he urged delegates to be on their guard against.

"The internet of things is going to create a host of issues, because [it means] you're going to be able to be attacked in ways that we've just never heard of before," he added.

"[We need a] new model for security that allows us to spot anomalies in [user] data, because that is the only way we're going to stay ahead of these attacks."

Security, along with cloud and big data, is one of the main themes of this year's EMC World, the first day of which saw the firm wax lyrical about the appeal of hybrid clouds and the new era of applications.