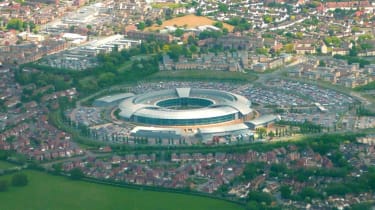 GCHQ estimates about the number of cyber attacks being carried out each month against government and industry networks have been described as "extremely conservative".

Speaking to BBC Radio 4, the intelligence agency's director Iain Lobban said Britain's networks are subjected to around 70 cyber espionage operations a month, and business secrets are being stolen on an "industrial scale".

"People are going after intellectual property and then seeking to translate it into national gain," he said, according to BBC News.

"We started a couple of years ago thinking this was going to be very much about the defence sector, but really it's any intellectual property that can be harvested."

His comments have been seized on by several members of the IT security community, with Jarno Limnll, director of cyber security at vendor Stonesoft, describing the 70 attacks a month figure as "extremely conservative".

"With the cyber battlefield increasingly being established as the new norm, nation states worldwide are pouring resources into developing a range of defensive, offence and intelligence capabilities," he added.

"It would be convenient to point the finger squarely at China as the main offender...[but] in reality, all nations, including the US, Europe and non-state actors, are actively building a cyber presence and investing heavily in this space to achieve both strategic and financial advantages."

Meanwhile, Ross Brewer, vice president and managing director for international markets at event management vendor LogRhythm, said companies of all size and stature should re-evaluate whether or not their existing security defences are fit for purpose.

"The ferocious, persistent and relentless determination of hackers today has created a need for organisation to deploy robust, real-time defences on their network, so that they can spot and combat threats as a soon as they occur, rather than letting cyber crime run rife on our networks unnoticed," said Brewer.