ISPs asked to hunt down pirates 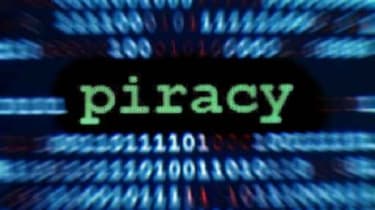 Broadband providers, including Virgin, BT, BSkyB and Talk Talk, have been asked by the record industry trade body BPI to create a database of customers who illegally download digital entertainment content.

According to a report in the Guardian, the information could be used to disconnect or prosecute persistent offenders.

The BPI has allegedly been working with the British Video Association to negotiate with ISPs on what action to take on piracy.

The decision to carry out direct talks has apparently been sparked by the fact the Digital Economy Act, which was created to combat piracy, will not come into force until 2014 at the earliest and possibly after the 2015 general election. This is despite the Bill being voted into law three years ago.

Any collaboration would be a voluntary one and there is no obligation on broadband providers to join any alliance.

However, should they choose to do so, it will operate a three strikes' policy, with three warning letters being sent out initially before preventative measures - such as site blocking and broadband speed throttling - are used.

If these actions fail to deter the downloader, prosecution would be sought.

The plan is not as straightforward as it may seem, as concerns have been raised that the creation of the initial database recording to whom letters had been sent to and any further action that had been taken could be in breach of the Data Protection Act.

This is because companies are only allowed to store customer data for commercial purposes under current legislation.

The reactions to the BPI's proposals from ISPs themselves, according to statements in the Guardian, have been lukewarm.

A spokesperson for Virgin Media described the current proposal as "unworkable". Talk Talk meanwhile said it would like to reach a voluntary agreement.

"However our customers' rights always come first and we would never agree to anything that could compromise them," a spokesperson added.