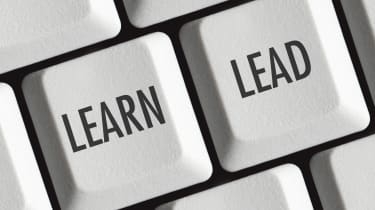 The information security arm of GCHQ has expanded its Government network certification programme to include private sector firms responsible for safeguarding industry networks.

The CESG Certified Professional (CCP) scheme was launched in October 2012 to certify the skills of cyber security professionals tasked with looking after Government networks.

According to CESG, nearly 700 cyber security professionals have succeeded in becoming certified through the scheme, which is operated by several certification bodies.

With demand growing from industry to be part of the scheme, now is the right time to open up CCP and set a unified standard for cyber security professionals.

They include the APM Group, the BCS, and IISP, CREST and Royal Holloway ISG consortium.

However, the scheme is now being extended to include IT professionals responsible for protecting all industry networks from threats and vulnerabilities, as part of the CESG's plans to create a community of people with recognised qualifications in cyber security.

All qualifications awarded through the scheme are valid for three years.

"The extension of the CCP scheme by GCHQ to include private sector firms is a brilliant move.

"This swiftly follows the announcement of the joint cyber reserve scheme which aims to recruit hundreds of computer experts as 'cyber reservists'.

"Both initiatives have a good chance of success because they are both practical and highly collaborative.

"It sends out a signal that the industry as a whole has a responsibility to safeguard all networks - private and government - and this can only be a good move in the fight against cybercrime."

"I would particularly encourage those organisations...to endorse the scheme and help build a community of UK cyber security professionals that is the envy of the world," he added.

Chloe Smith, minister for political and constitutional reform, hailed the popularity of the scheme to date.

"Since its launch last year, the CESG Certified Professional scheme has been warmly welcomed and endorsed by Government cyber security professionals," she said.

"With demand growing from industry to be part of the scheme, now is the right time to open up CCP and set a unified standard for cyber security professionals right across the UK."

The scheme is a central part of the Government's wide-ranging Cyber Security Strategy, which aims to bolster the number of recognised cyber security experts in the UK.

The announcement about its extension follows on from the launch of the Government's Joint Cyber Reserve scheme, which was announced over the weekend.

Its aim is to recruit hundreds of computer experts as "cyber reservists" who will be tasked with defending the UK's cyber defences.