Silk Road shutdown will have "little effect" on cybercrime levels

Industry watchers cast eye over shutting down of "eBay of vice" den. 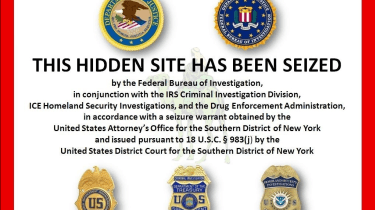 The FBI takedown of Deep Net marketplace Silk Road is unlikely to have a significant impact on cybercrime levels, industry watchers have warned.

While 70 per cent of services on offer through the so-called "eBay of vice" were reportedly related to the sale and purchase of narcotics, other criminal services such as hacking, malware authoring and fraudulent activities also allegedly formed a sizeable portion of what was available through the site.

Nevertheless, security experts have told IT Pro it is unlikely to make much of a dent in these kinds of activities online.

"Unless the people behind Silk Road were also involved in actually running things like botnets, experience shows they will just move on to other forums and market places," Don Smith, head of technology at Dell SecureWords said.

Meanwhile, Michael Darlington, technical director of Trend Micro, said - while the take down will stop criminals from exploiting and using the services offered through Silk Road - "this is potentially just one of many such sites out there.

"The opportunist or one time criminal will find it hard to carry on in the short to medium term, but more seasoned criminals will very quickly exploit other services and will be up and running again within a matter of hours or even minutes," he added.

His colleague Rik Ferguson, global VP of security research, said: "I don't think the takedown of Silk Road and associated arrest will have a noticeable impact on levels of cybercrime generally. There is no indication that the TOR network itself was compromised as a part of this investigation, it was really all down to good old-fashioned detective work and failures in OpSec by the suspect.

"Silk Road was far from the only online criminal marketplace, either on the DarkWeb or on the internet. The only direct impact from this operation against the online criminal fraternity that I can foresee is that the intelligence gained from the seizure of Silk Road servers may eventually lead to further arrests. We can only hope."