Readers have zero faith in the Government's Beneficial Ownership Register. 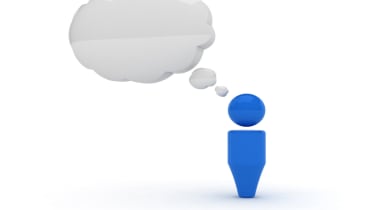 Another busy week in the tech world has ended with high profile Apple and Google launches, but it's more serious issues that have grabbed the attention of IT Pro readers.

Popular topics that sparked conversation included revelations that the NSA has allegedly been hacking into Google and Yahoo servers, Tim Berners-Lee attempt to defend the UK government, and the Prime Minister's plans to unveil a database to help cut down on tax evasion.

Edward Snowden's latest leak suggests the NSA has been tapping into Google and Yahoo servers to monitor emails.

In what is turning into the never-ending story, readers are no longer surprised by the activities of the America's foreign intelligence service. But that doesn't mean that they agree with what's going on.

David questioned the motivation of the US government, and also raised accused it of hipocracy.

"And what are the US government doing about all this? Don't talk about China as a police state, it seems that the US is the biggest 'police' state in the world," he argued.

John Hodgson Artist sensibly pointed out that the US isn't the only country sifting through internet traffic, they just been caught more than everyone else.

So what's next; Aliens?

"Lets face it, every country is at it in one form or another. I just wonder how much involvement we have in this?," he puzzled.

"Isn't RAF Menwith Hill the largest electronic listening post in the world and ran jointly by the RAF and NSA? Therefore, I think it naive for anyone to believe that the NSA are the only group up to this, however, they just got caught, nothing more.

Artist also admitted to visiting the odd conspiracy website, and that his views of the people running it are changing.

"Finally, If you have ever visited any of the conspiracy websites then you'd know that this is exactly what they have been telling everyone for years. Although honestly, I always thought they were nothing more than a bunch of nuts with too much time on their hands, but damn, they keep on getting it right. So what's next; Aliens?," he added.

Founder of the web as we know it Sir Tim Berners-Lee, said that the UK has the most advanced open data policy. However, IT Pro readers weren't convinced by this argument.

Resident commentator Phila, suggest that Berners-Lee is an agent of the government.

"I only have to look at what the UK government has been up to and what they hide to know they are far from open!," he proclaimed.

Brianm101 went so far as to suggest that the Berners-Lee clearly "must never read or listen to the news."

Going slightly off subject, Michael took the opportunity to claim that people have been uncredited for their contribution to the web.

"Every one goes on about the world wide web, but it was not the first by any stretch of the imagination. Compute net was first in the early 80s. I talk, saw friends in America via a camera and shopped to. What about the guys that invented that system?," he asked.

The Prime Minister took the wraps off the "beneficial ownership register" this week. This is aimed at untangling opaque ownership structures so the HMRC can track down those using low-tax regimes overseas to illegally reduce their tax bills.

Readers have zero faith in this initiative before it's even been deployed.

"You tax evaders out there, don't worry, it will never amount to anything," John reassured our frugal friends.

OldReigation, claimed that the government doesn't do enough to clamp down on tax evaders, and things won't change.

"They could always read Private Eye instead. That tends to show that they don't do anything when they do find the avoiders," he suggested.