EMC: UK firms lag behind US and China in IT maturity

EMC research suggests UK firms aren't confident in their ability to respond to disruptive IT events. 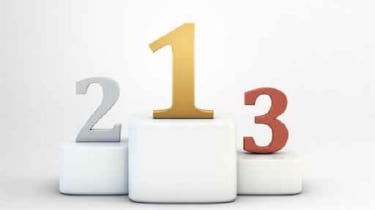 UK firms are less confident than their US and Chinese counterparts about averting and responding to unplanned downtime, security breaches and data loss incidents.

This is according to EMC's Global IT Trust Curve survey into the attitudes of 3,200 senior executives from 16 countries about the ability of their IT infrastructure to recover from disruptive events.

There are lots of things companies can be doing a lot better. If you think about security, the biggest threat today is people and education is an important piece of that.

As such, participants were asked to rate the robustness of the security, backup and recovery and continuous availability technologies deployed throughout their organisations.

Based on this, China emerged top, thanks to the "high concentration of sophisticated" technologies organisations in that country reportedly use to secure and protect their data.

In second and third place were the USA and South Africa, respectively, while the UK languished in eighth place in the 16-nation survey.

Overall, around 57 per cent of respondents were classified as "laggards" or "evaluators", based on the maturity and sophistication of their IT infrastructure, while 36 per cent were deemed "adopters" and the remaining eight per cent were labelled "leaders".

David Goulden, president and chief operating officer at EMC, said companies that fall under the "laggard" or "evaluators" categories could find themselves at a competitive disadvantage.

"Adoption and maturity of the [industry megatrends of cloud, big data, social and mobile] must float on a sea of trust trust that my information is secure in the cloud, trust that my data won't be lost or stolen, trust that my IT will be operational when it needs to be," explained Goulden.

"Conversely, the less trust that is established, the more limited these trends will be. Where countries fall on the IT trust maturity curve could affect their overall ability to compete."

It is claimed companies that recover quickest and with minimal fallout from disruptive events are those with more mature IT infrastructures.

For example, 53 per cent of organisations in the Leader category of EMC's IT Trust Curve claimed recovery times in minutes for their mission critical applications, with 76 per cent also declaring they can recover 100 per cent of their lost data when a disruptive incident occurs.

During an event in central London today to discuss the survey's findings, it was claimed budget constraints are the number one barrier for companies that want beef up their IT infrastructure's security and data protection capabilities.

However, companies keen to invest more should not focus exclusively on technology, but on staff training too, Rashmi Knowles, chief security architect for EMEA at EMC-owned RSA, explained to IT Pro.

"There are lots of things companies can be doing a lot better. If you think about security, the biggest threat today is people and education is an important piece of that," Knowles explained.

"Security is about people, process and technology. It's all of those things, not just technology."

Knowles also suggested companies might find themselves better off by curtailing investments in security prevention technologies and diverting funds towards monitoring and response tools.

"If you keep doing the same thing, you get the same results, so you need to look at [making] some of the changes," she advised.

"Look at risk a little bit more, and understand how to apply adaptive controls that change based on that level of risk. And then apply the relevant controls to that data," she concluded.