Cookie eating monster surveillance is alleged to have occurred. 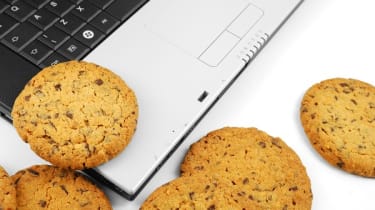 Leaked NSA documents have revealed that the spy agency used Google's advertising cookies to identify and track targets in a hacking operation.

According to reports by the Washington Post, based on documents leaked by NSA whistle-blower Edward Snowden, both the NSA and GCHQ used the cookies to help track users across the internet.

The operation used Google's PREF cookies, which are used by the search giant to provide personalised web pages for users based on previous browsing habits and preferences.

While the cookies don't contain information such as usernames or email addresses, they do contain details such as location, language preference, search engine settings, number of search results to display per page as well as other bits of information that advertisers can use to identify a particular browser.

The newspaper said that these cookies along with those from other companies have allowed the NSA to track user habits and allow remote exploitation of computers.

While the document does not say how the NSA obtained the cookies, other documents unearthed by Washing Port reporters said the agency could have made a direct request to Google using a Fisa order. Under the Fisa law, Google would not have been allowed to inform users of such an action by the NSA.

The cookies were collected by NSA's Special Source Operations (SSO) unit and are sent to the agency's Tailored Access Operations (TAO) unit. This specialises in offensive operations such as infecting target computers and networks with malware designed to obtain information and create backdoors.

As reported by sister publication PC Pro, a Lib Dem MP is pushing for greater protection for UK citizens from online spying. Former minister David Heath called for new laws to prevent spy agencies from tapping emails and calls without a warrant.

Heath wants loopholes in the Regulation of Investigative Powers Act 2000 and the Intelligence Services Act 1994 that allow wholesale data collection to be closed.