Household name will be binned, as parent company will align products under the Intel Security banner. 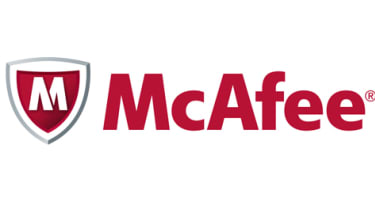 Intel has confirmed the McAfee name will be consigned to the history books, as the chipmaker seeks to bring all its security products under one brand.

The firm's product are set to be re-branded as Intel Security, as new versions of its anti-virus products are brought to market.

The move was announced by Intel CEO Brian Krzanich during his keynote address at CES in Las Vegas yesterday, and comes nearly three-and-a-half years after Intel acquired McAfee for $7.7 billion.

For the typical man in the street, McAfee is one of the first names that springs to mind when they think of anti-virus - so it's unlikely to help them with consumer mindshare.

In a statement, Krzanich said the rebrand will help bring some simplicity to the complex world of information security.

"The complexity of keeping digital identities safe grows as mobile applications and devices become a more important part of our daily lives," he said.

"Intel's intent is to intensify our efforts dedicated to making the digital world more secure, and staying ahead of threats to private information on mobile and wearable devices."

Furthermore, Krzanich confirmed plans to offer "elements" of McAfee's mobile security products for free, with further details on this expected in due course.

The announcement has led some industry watchers to question if Intel's change in branding strategy has been prompted by the erratic behaviour of John McAfee, who founded the company in the late 1980s before resigning in 1994.

Graham Cluley, an independent information security expert, also pointed out that McAfee has been rebranded before, albeit unsuccessfully.

"Back in the late 1990s, when McAfee Associates acquired Network General, the firm was rebranded NAI (Network Associates International), but the rebrand was a failure, and after a few years they reverted to the McAfee name," he told IT Pro.

"Will the new name have more success?  I'm not sure. I think for the typical man in the street, McAfee is one of the first names that springs to mind when they think of anti-virus - so it's unlikely to help them with consumer mindshare at the very least."

This was a point echoed by Bob Tarzey, analyst and director at market watcher Quocirca, who told IT Pro killing off the McAfee brand could make the products a harder sell in the long run.

"The danger for Intel is that the McAfee product set becomes more closely association with Intel hardware and this will make it harder to market in non-Intel environments that could see it lose out in, for example, the growing mobile device security market," Tarzey said.

"Perhaps Intel is not bothered about that, being more concerned about underlining the security of its core products than being seen as a security generalist."