Latest twist in NSA surveillance scandal suggests its been snooping on millions of text messages every day. 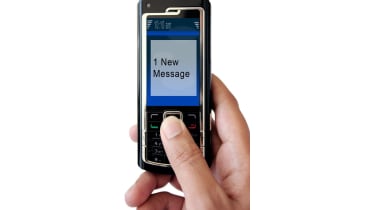 The US National Security Agency (NSA) has been collecting up to 200 million SMS text messages every day, according to a report in The Guardian.

The revelations came through a joint investigation with Channel 4 News. The NSA managed to collect large volumes of text messages through its Dishfire surveillance programme. The agency then sifts through the messages and analyses them.

Documents leaked by whistleblower Edward Snowden revealed the NSA selects random targets and collects SMS messages from them regardless of who they are.

The NSA has also been colluding with GCHQ on the surveillance programme with the former sharing access to the SMS messages with the latter. According to slides released by the newspaper, the operation has been running since 2008.

The programme managed to collect 1.6 million notifications when people roamed from one network to another and around 800,000 messages relating to financial transactions.

With such a large amount of data collected, the NSA had to create an automated scanning tool, dubbed Prefer, to extract key metadata from the messages to "enhance current analytics".

However, an NSA spokeswoman played down the reports and told The Guardian the tool was only used "against foreign intelligence targets".

Dishfire has also helped Britain's spies as it has collected a lot of information on UK citizens without needing to make formal requests under the Regulation of Investigatory Powers Act.

A GCHQ spokesman said the organisation would not comment on intelligence matters.

"All of GCHQ's work is carried out in accordance with a strict legal and policy framework which ensures that our activities are authorised, necessary and proportionate, and that there is rigorous oversight, including from the Secretary of State, the Interception and Intelligence Services Commissioners and the Parliamentary Intelligence and Security Committee," he told The Guardian.

In other NSA-related news, President Obama is set to outline changes later today he wants the surveillance organisation to make to the way it operates.