Initial fears about the havoc Heartbleed could cause have started to die down, but users still need to patch their systems 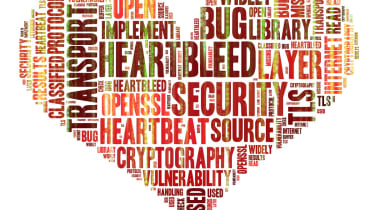 Details about the bug first emerged in April 2014, when it was revealed that around 600,000 servers were at risk. According to researcher Robert Graham, that number had dropped to 318,239 within a month.

Since then, however, only 9,000 more servers have been patched to prevent Heartbleed exposing their information.

The slowdown is concerning, reckons Graham, as it means that smaller companies aren't taking the threat of Heartbleed seriously.

"People have stopped even trying to patch," the researcher wrote in a blog post.

The bug affects the integrity of the SSL/TLS encryption used to secure internet services and transactions, originating from a programming mistake in an OpenSSL extension.

If Heartbleed is exploited, attackers can scrape a server of all the vital details held within it, although only 64 KB at a time.

Although news of the bug only emerged several months ago, researchers claim it may have been active for more than two years.

Parenting site Mumsnet confirmed that it had fallen victim to the vulnerability in mid-April, which resulted in the arrest of a 19-year-old hacker.

How many of these sites hold critical information, and whether their users are exposed, is unknown. Some may be defunct old forums and user-based sites no longer in use yet that doesn't mitigate the danger of someone exploiting the bug.

"We should see a slow decrease over the next decade as older systems are slowly replaced," adds Graham. "Even a decade from now, though, I still expect to find thousands of systems, including critical ones, still vulnerable."