A team of engineers have identified a serious security weakness in phones across iOS, Android and Windows 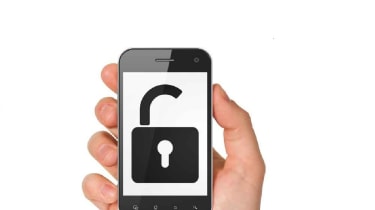 US engineers have discovered a way to hack various apps across iOS, Android and Windows devices, successfully infiltrating offerings such as Gmail up to 92 per cent of the time, reports IBN Live.

This is due to a weakness that affects all three major operating systems, with researchers testing seven popular apps to see how easily they could hack into them to obtain sensitive or personal information belonging to the user.

To do this, the researchers got users to download a generic-looking app to their phone, with the app then proceeding to tap into a new public side channel. This has the shared memory that allows data to be shared across process and apps, and can be accessed with privileges.

Zhiyun Qian, assistant professor at University of California's Riverside Bourns College of Engineering, told IBN Live: "The assumption has always been that apps cannot interfere with each other easily. We show that assumption is not correct and one app can in fact significantly impact another and result in harmful consequences for the user."

Apps tested by the researchers include Gmail, CHASE Bank and H&R Block. Amazon was reportedly the most secure app the engineers tested using this method, with only a 48 per cent success rate compared to 92 per cent for others.

"This method will work on other operating systems because they share a key feature researchers exploited in the Android system," Qian added.