NATO leaders are set to agree on a new response to cyber attacks. But some experts say this goes too far 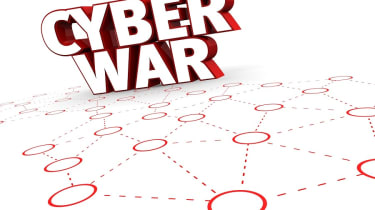 Inside the enterprise: NATO leaders meeting at Newport, South Wales, have much to think about, with the Iraq and Syria, and the Ukraine, expected to dominate the alliance's summit.

But the alliance, which has acted as a guarantor of Western security since the start of the Cold War, is also set to ratify a new cyber defence strategy. This looks set to include a ruling that a cyber attack on one member state will be considered an attack on all.

The new policy will bring cyber attacks within a regime that NATO calls Article V, or collective defence. Article V is one of the core principles of the alliance. In military terms, it means that if one member state is attacked, others will step in to help. But the principle has not, so far, been applied to cyber attacks, however severe.

There is potential for cyber attacks to cause vast amounts of damage in the physical world, including damage to power, telecommunications, or transportation.

Over the last few years, though, Western governments, including the UK, have started to take international cyber threats much more seriously. This applies especially to threats from governments, or government-backed organisations.

Although the bulk of cyber attacks still result from either hacking groups or criminal organisations, politicians are worried that foreign powers might use the internet to wage a proxy war, and that some secret services may already be doing so.

There is also the potential for cyber attacks to cause vast amounts of damage in the physical world, including damage to power, telecommunications, or transportation, through attacking control, or SCADA, systems.

The generals, for their part, worry that cyber attacks could be a prelude to a physical or "kinetic" attack, with viruses, malware or denial of service attacks being used to take out communications systems or overwhelm computer networks, before the soldiers are sent in. And, given the potential for an attack on the internet to disrupt civil society, cyber attacks could be a potent weapon to cause chaos, and possibly destruction, behind enemy lines.

Over the last few years, political leaders, security services and the military have been studying the threat, and developing a response. In the UK, the government has allocated increased funds to cyber defence, even at a time when conventional defence spending was being cut back. Other NATO members have done the same.

The UK government has also been at the forefront of advising commercial companies to tighten up their IT security defences, acknowledging that civilian and government infrastructure are, these days, very closely linked.

NATO's move is a logical enough next step, not least because armed groups have already shown that they have the willingness, as well as the skills, to use cyber attacks to disrupt the West.

But some experts are expressing caution when it comes to cyber war, and to bringing cyber attacks under the remit of Article V.

At KPMG, Stephen Bonner, an acknowledged information security expert and partner in the firm's security team, points out that NATO has only invoked Article V once, after the 9/11 attacks in New York and Washington.

He suggests few cyber attacks on their own are likely to be severe enough to merit invoking collective defence. Attacks that are, are likely to form part of a wider deterioration in international relations, when Article V may apply in any case. In fact, invoking Article V could cause a civil cyber attack to escalate into a military matter, he suggests.

Hopefully, though, these arguments are not about to be put to the test.