New vulnerability, billed as "bigger than Heartbleed", has been uncovered by security researchers 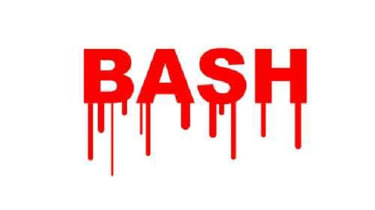 Mac OS X and Linux users could find themselves in the firing line of cybercriminals looking to exploit the Bash Bug vulnerability, which has already been billed as "bigger than Heartbleed."

News of the Bash Bug, or Shellshock as it is also known, broke overnight, with the US CERT sending out an alert warning users of a flaw in the Bash command-line shell used to power Linux and Unix-based operating systems, which includes Mac OS X.

This, it is feared, could be seized upon by cyber attackers to remotely execute arbitrary code on an affected system, or put more simply allow them to take control of a person's machine.

But it's not just Linux and Unix-based computers that are at risk, but also a sizeable portion of the world's Apache-based websites that rely on Bash to run background applications.

Professor Alan Woodward from the University of Surrey said, for this reason, the potential fallout from the flaw has the potential to be even bigger than the Heartbleed bug.

The latter is an OpenSSL vulnerability, news of which broke back in April, which could allow hackers to eavesdrop on web users' internet activities and in turn - steal usernames, passwords and emails without being detected.

"What many people do not realise that over 50 per cent of the active web sites run on a web server called Apache, which runs on Unix, and hence is potentially vulnerable," he said.

"As we have just passed the point where there are one billion active websites that means that something in excess of 500 million sites could be vulnerable to this security flaw, compared to only 500,000 for the Heartbleed bug."

Mark James, a security expert at anti-virus firm ESET, said IT pros can easily check to see if their systems are affected by the bug by carrying out a command line test before rolling out patches.

"Check for any update then check again, run the script and ensure you get the warnings," he advised.

"You should update Bash to the latest version manually. Also please keep an eye on network traffic, take this opportunity to tighten control on any non-essential services and turn them off," he added.