The company didn't react fast enough to take the pictures down, according to lawyer 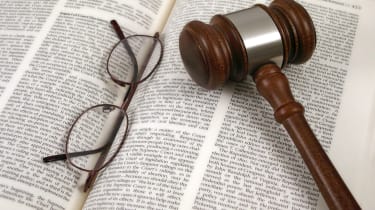 Celebrities involved in the photo hacking scandal have threatened Google with legal action worth up to $100 million (62 million), believing the search giant didn't do enough to prevent people seeing the photos when they were posted on 4Chan.

Marty Singer, the lawyer who is acting on behalf of the group of celebrities whose iCloud accounts were hacked last month, said: "Google, one of the largest ISPs in the world, with vast resources and a huge support staff, generating multimillions of dollars in revenues on a daily basis, has recklessly allowed these blatant violations to continue in conscious disregard of our clients' rights."

The letter to Google explained that other websites such as Twitter had reacted fast to remove any references to the pictures, therefore ensuring the celebrities' privacy was protected.

Google only removed some of the pictures from its search engine index. The Hollywood Reporters said the reason Google didn't remove all the pictures was either down to its 'selfie' guidelines that say the person who holds the camera owns the pictures (and those that requested all the pictures are taken down weren't holding the camera) or that only nude pictures were removed.

Pictures of the celebrities including Jennifer Lawrence, Kate Upton, Rihanna, Arianna Grande were stolen when hackers were able to bombard Apple's storage service with random passwords until they were able to gain access.

The pictures were then downloaded and added to messageboards 4Chan and Reddit, where the hackers involved were willing to exchange the pictures for money.

Apple said in a statement: "After more than 40 hours of investigation, we have discovered that certain celebrity accounts were compromised by a very targeted attack on user names, passwords and security questions, a practice that has become all too common on the internet.

"None of the cases we have investigated has resulted from any breach in any of Apple's systems, including iCloud and Find my iPhone."