Davey Winder explains why the Russsian webcam story isn't news at all... 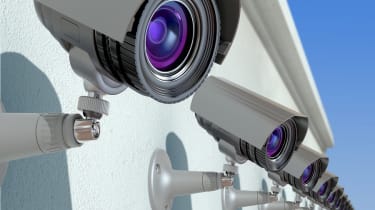 The slightest hint of voyeurism and the news media is all over an IT security issue like an itchy rash.

I'm talking about last week's story about a Russian website that was found to be streaming the live feeds of thousands of unsecured webcams from around the world.

The site had been known about for a while before the BBC and others picked up on it, as word of it had already been widely circulated on social media sites long before.

This wasn't the only thing that made the story old news, because the so-called hacking of webcam feeds isn't a new phenomenon. I have been writing about the risk of unsecured network cams with IP addresses since they first hit the market more than a decade ago.

But why, I hear you ask, have I referred to it as "so-called hacking"?  The reason for that is because there is precious little hacking involved. In actual fact, all that is happening here are people and organisations hooking their webcams and CCTV units up to the internet without bothering to change the default admin logins and passwords first.

Of course, the media interest has peaked because of two things: Firstly there's opportunity for a scare story about someone, somewhere watching us get down and dirty in the bedroom. Although why anyone would want a live streaming camera in the bedroom is beyond me, unless they wanted people to see their intimate moments.

Then there's the Internet of Things (IoT) connection. Just as with the cloud prefix, if a story can be associated with the IoT, it's worth running. The fact that IP cams pre-date the IoT by a decade is neither here nor there. A bit like the Russian site in question.

I went and looked at it when I first heard about it, hopeful that something more interesting than empty car parks, office hallways and dingy corners of warehouses might be on display. But no, that was pretty much it no matter which location I looked in, any time of day, anywhere on the map. This is, almost, a non-story then.

Except it does serve to remind us that we are responsible for our own actions and our own security. Simply blaming the 'bloody Russians' for putting this site up and 'hacking' into all those cameras is not good enough.

The buck stops with the user; if you have an IP connected camera and haven't bothered to change the defaults for remote access or secure the damn thing behind your perimeter defences. The larger the enterprise, the better the security posture and the more comprehensive the security policy so the less chance of this happening. That's what my experience of such things would suggest at least. The further down the enterprise size scale you slide, the greater the risk of inadvertent exposure becomes.

It also reminds us that vendors have a role to play here, and have known about the dangers these camera defaults pose for years yet have done naff all to rectify the matter and switch them off out of the box. Would it really be such a problem to Joe User that remote internet access had to be switched on if that was made clear on the packaging, on the device and in the instruction manual? Is Joe User really that thick? Don't answer that...