Google right to be forgotten rule extends to Bing & Yahoo 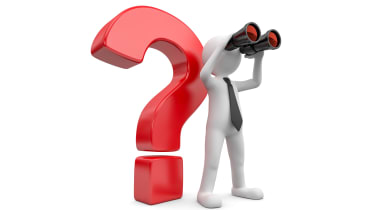 The EU's controversial "right to be forgotten" ruling against Google search results will now extend to Bing and Yahoo, The Wall Street Journal reports.

The ruling allows people living within the EU to request that certain "inadequate, irrelevant, or no longer relevant" information be removed from search results, though the web pages in question would remain online, but the rule had previously been restricted to Google results.

But that is about to change, as both Bing and Yahoo told the publication that they too would be abiding by the right to be forgotten ruling.

A spokesperson for Yahoo said: "We will carefully evaluate each request with the goal of balancing the individual's right to privacy with considerations of the public's right to information."

Similarly vague words came from Microsoft, with a spokesperson saying in a statement: "While we're still refining that process, our goal is to strike a satisfactory balance between individual privacy interests and the public's interest in free expression."

EU privacy regulators recently expressed their desire for requests to be removed from global sites, rather than just from European domains, after new guidelines were agreed to.

They said: "Limiting de-listing to EU domains on the grounds that users tend to access search engines via their national domains cannot be considered a sufficient means to satisfactorily guarantee the rights [of people]."

Though Google has been inundated with requests since the ruling was put in place, it has reportedly removed just 40 per cent of the 175,000 requests it has received to date. A third of these come from UK sources.