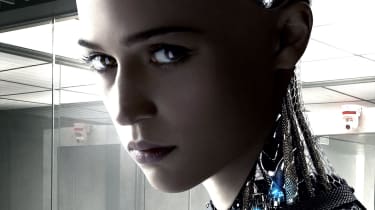 People should be optimistic about the future of AI, according to the chief of Microsoft Research, contradicting the "doomsday scenarios" recently expressed by Stephen Hawking and Elon Musk.

Eric Horvitz believes machine intelligence will reach a human-level consciousness, but said AI will not spell the end of humanity.

Speaking after being awarded the AAAI Feigenbaum Prize for his contribution to AI research, Horvitz said in a video: "There have been concerns about the long-term prospect that we lose control of certain kinds of intelligences.

"I think we will be very proactive in terms of how we field AI systems, and that in the end we'll be able to get incredible benefits from machine intelligence in all realms of life, from science to education to economics to daily life."

His comments come after both scientist Stephen Hawking and SpaceX CEO Elon Musk expressed misgivings over the advent of AI technology.

Both visionaries signed the Future of Life Institute's open letter earlier this month urging researchers to create "robust and beneficial" AI, while avoiding any "potential pitfalls".

Films such as Ex Machina are reflecting such concerns in popular culture, but Microsoft's Horvitz pointed to an essay he co-authored, in which he wrote: "AI doomsday scenarios belong more in the realm of science fiction than science fact."

However, he still harbours concern over the future direction of machine intelligence, namely privacy.

He said: "Machine learning and reasoning can be used to make deep inferences about people by weaving together sets of seemingly innocuous streams of shared dataincluding data that people share publicly, such as tweets."