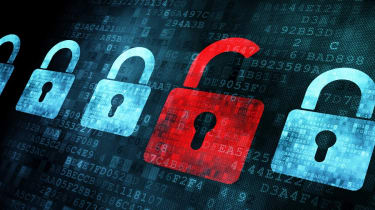 Kaspersky Lab got in touch at the end of last week to say the number of untrusted digital certificates used to sign off malicious software had doubled in the last year, with its anti-virus database highlighting more than 6,000 of the things, just to put this into context.

A little context is never a bad thing, as there are plenty of sysadmins who routinely trust digital signatures without any further investigation and are happy to install signed files on this flawed trust assumption, which is worrying. Especially when stolen or faked signatures have been used for donkey's years to fool users into thinking malicious files are the exact opposite. Remember Stuxnet, anyone?

There's plenty of evidence to suggest cybercriminals actively trade in stolen digital certificates within the dark market that exists online, and some (such as the Darkhotel folk) even appear to have access to the keys needed to create fake certs.

Kaspersky Lab suggests, quite rightly, that digitally signed apps from unknown software vendors are prevented from launching, and permission should not be granted to launch them without checking serial numbers and hash sums first.

It also recommends that certificates from unknown certification centres are not installed in storage and users' systems are kept patched (the Microsoft MS13-098 update will eliminate the error that allows additional data in the signed file without violating the file signature, for example).

There is a certain degree of irony in receiving this piece of security information from a security vendor, when you think about how security software (although I don't know if Kaspersky uses this method, but some leading vendors certainly do) analyses content for malicious activity from within a browser with an SSL connection.

It's clever, and web-content filtering is a must have if you want to stay protected, but using these on-the-fly certs added into the Root Certificate store in Windows and major browsers seems like being warned to watch out for what the bad guys are doing.

But, isn't it some kind of man in the middle attack, albeit that the man is wearing a white hat? Trust is a two way street, and mine is starting to get rather too full of potholes to negotiate safely.