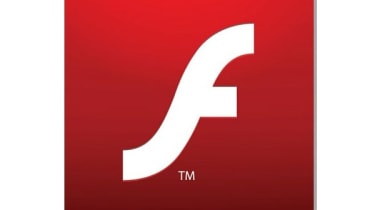 Adobe has released its third Flash unscheduled security update this year, after video sharing site Dailymotion found an advert that redirected to an attacker-controlled page that could be used to take control of a user's system.

Adobe said in its alert: "A critical vulnerability (CVE-2015-0313) exists in Adobe Flash Player 16.0.0.296 and earlier versions for Windows and Macintosh. Successful exploitation could cause a crash and potentially allow an attacker to take control of the affected system. We are aware of reports that this vulnerability is being actively exploited in the wild via drive-by-download attacks against systems running Internet Explorer and Firefox on Windows 8.1 and below."

Paul Ducklin wrote on the Sophos blog: "This script tries to guess which vulnerabilities are most likely to work on your computer, based on browser version, available plugins, and other settings, and then lets rip one-by-one with specific exploits," until nothing happens, the browser crashes or one of the exploits succeeds and your computer has been taken over.

The zero-day exploit has been patched, but Adobe doesn't anticipate completely fixing the vulnerability until later this week.

Peter Pi, threat analyst at Trend Micro, said: "We've seen around 3,294 hits related to the exploit and, with an attack already seen in the wild, it's likely there are other attacks leveraging this zero-day, posing a great risk of compromise to unprotected systems."

Meanwhile, Adobe commented in a statement: "We are aware of reports that this vulnerability is being actively exploited in the wild via drive-by-download attacks against systems running Internet Explorer and Firefox on Windows 8.1 and below."

Last week, YouTube announced it has started to implement HTML5 by default in browsers to play videos rather than Flash because it said Flash couldn't support Adaptive Bitrate (ABR), which cuts down on buffering without compromising video quality.