Governments accused of using hacked data to spy on people

According to leaked documents, governmental organisations in the UK, US and Canada are making use of hacked intel 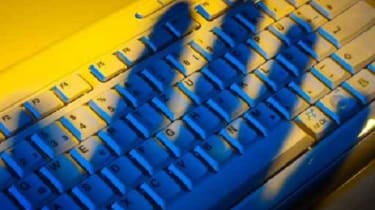 The UK, US and Canadian governments are using data gleaned from hackers to spy on people, a report has revealed.

Documents leaked to The Intercept suggest the National Security Agency (NSA) is using data mined by hackers in their own snooping schemes in an initiative called Intolerant.

One leaked document explained the thinking behind the campaign, stating: "INTOLERANT traffic is very organised. Each event is labeled to identify and categorise victims. Cyber attacks commonly apply descriptors to each victim it helps herd victims and track which attacks succeed and which fail."

The documents went on to explain that hackers are stealing the emails of some of its targets and collecting their stolen data, meaning the investigating government agencies can get access to their targets' emails and gain other insights into who's being hacked.

They continued: "People who open attachments from unknown senders (gasp) or respond to 'Nigerian' money laundering emails aren't the only individuals on the internet being hacked.

"Some of our targets are also being targeted by outside forces, by state-sponsored and freelance hackers. Could your target's communications be the target of other countries or groups?"

The documents list a number of groups that have been spied upon using the techniques, including the Indian navy, Tibetan pro-democracy personalities and the Tibetan Government in Exile.

Other documents referred to a scheme named Lovely Horse that monitored security analyst and hacker Twitter accounts to gain insights into how to more effectively monitor targets.

"Analysts are potentially missing out on valuable open source information relating to cyber defence because of an inability to easily keep up to date with specific blogs and Twitter sources," the documents said.