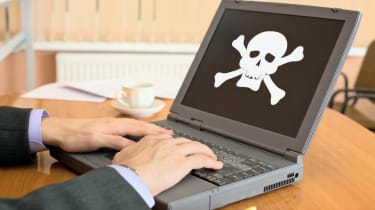 Hackers took over the Chinese PC manufacturer's website yesterday, redirecting traffic elsewhere, while attempts were made to intercept its internal emails.

Website visitors were treated to a slideshow of webcam pictures featuring unknown young people while a song from Disney's High School Musical played in the background, according to a report on The Verge.

The publication, which was the first to report on the breach, also claims the source code of the site featured a message that stated: "The new and improved rebranded Lenovo website featuring Ryan King and Rory Andrew Godfrey."

Both names are linked to members of Lizard Squad, while the group also laid claim to being the source of the attack on Twitter yesterday.

Screen grabs shared by the hacking collective suggest they may have succeeded in accessing Lenovo's internal email system, as pictures purporting to show company emails were shared.

The group's previous targets have included Sony and Microsoft, with the group successfully managing to bring down both firms' respective online gaming platforms over Christmas.

In a statement, Lenovo apologised to any users inconvenienced by the attack, and said it's now taking steps to review its network security in the wake of the breach.

"We are actively reviewing our network security and will take appropriate steps to bolster our site and to protect the integrity of our users' information," the statement continued.

The adware was used to inject visual search results into users' browsers without their consent, but also featured a self-signed security certificate that potentially opened up users' browser data to hackers.

The company has since taken steps to remove the software for its customers.