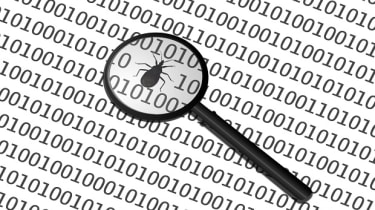 Security firm GFI has revealed that Apple's mobile and desktop platforms have more vulnerabilities than either Linux or Windows, making it the buggiest around.

Researcher Cristian Florian revealed that OS X had the most issues, logging 147 vulnerabilities, while iOS came in at a close second with 127. Linux was next highest with 119 and Windows, although fragmented into iterations, had the fewest with an average of 36 on the seven versions studied.

The report also plotted the level of risk from each of these vulnerabilities and explained the severity of bugs in OS X was higher than any other with 64 threats described as high risk, while iOS had half this amount and Linux clocked in with just 34 high-security vulnerabilities.

Florian wrote in a blog post: "2014 was a tough year for Linux users from a security point of view, coupled with the fact that some of the most important security issues of the year were reported for applications that usually run on Linux systems. Heartbleed, for example, is a critical security vulnerability detected in OpenSSL while Shellshock is a vulnerability that affects GNU Bash."

More than 80 per cent of the bugs originated from third-party applications, with only 13 per cent were down to the operating system itself.

An average of 19 vulnerabilities were reported a day throughout 2014, which is an increase of almost 70 per cent year-on year. However, the number of high-risk threats has reduced in comparison to 2013.

Florian said in his blog post: "At the end of the day, however, an IT admin's attention should be on ALL products in his network and not limited to those at the top of the vulnerability list; neither should the assumption be made that those further down the list are safer. Every software product can be exploited at some point. Patching is the answer and that is the key message."