Wikimedia accuses NSA and US DoJ of stifling freedom of speech 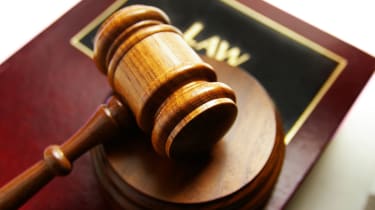 The Wikimedia Foundation is suing the NSA and US Department of Justice because it believes the spy agency's mass surveillance programmes violate freedom of speech laws.

Eight organisations have signed the documents, calling for the NSA to shut down its large-scale surveillance operation that tracks data flowing to and from the US to protect its 500 million monthly users.

"We also argue that this agency activity exceeds the authority granted by the Foreign Intelligence Surveillance Act that Congress amended in 2008."

The blog post goes on to explain that Wikipedia's users have the right to browse and upload articles to Wikipedia anonymously and without prejudice. The NSA snooping on its users could break confidentiality, especially in countries where governments are repressive and this could lead Wikipedia's users not to post topical information to the website.

"Privacy is an essential right. It makes freedom of expression possible, and sustains freedom of inquiry and association. It empowers us to read, write and communicate in confidence, without fear of persecution. Knowledge flourishes where privacy is protected."