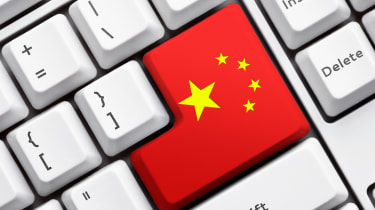 China is testing its new cyberweapon, taking down Github and GreatFire.org to demonstrate how it can be used to attack websites it doesn't want its residents to read.

The, tool which has been called the Great Cannon, targets web servers with enormous amounts of traffic in a distributed denial of service (DDoS) attack. However, researchers at the University of Toronto's Citizen Lab, the International Computer Science Institute, the University of California-Berkeley and Princeton University said it could be tweaked to distribute malware or infect any computer anywhere in the world that visits a Chinese server.

John Scott-Railton, a researcher at the Citizen Lab, Munk School of Global Affairs, University of Toronto said: "This is a powerful attack capability, and we are curious about the risk and benefit analysis that led the Chinese government to reveal it with this highly visible denial of service attack."

Great Cannon works by targeting traffic between a limited number of web addresses, rather than everything going in and out of China like the Great Firewall does. It then uses web traffic unrelated to the source to build an attack against the source site. So, for example, users of Baidu, one of China's biggest web services could be inadvertently attacking an external website.

Although the way it works is very different to the Great Firewall, the researchers were able to relate it back to China because it's hosted in the same network space, and has the same infrastructure and similar coding as the Great Firewall.

It isn't particularly surprising that GreatFire.org was the first website to be taken down by Great Cannon, because it is run by Chinese expats and is used to monitor which websites Chinese citizens are accessing.

Github was reportedly taken down because it is linked to GreatFire, hosting two repositories used by the site to help Chinese citizens to get around the country's firewall to read the New York Times in Chinese.