Edward Snowden's in the White House, according to Google Maps 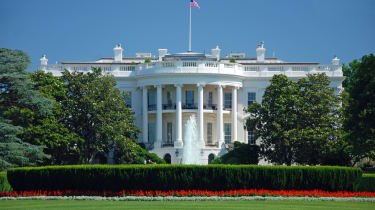 Edward Snowden isn't in Russia after all, if you believe Google Maps, which thought he'd set up shop in the White House until recently.

Anyone hovering over the President's home on the mapping tool would see 'Edwards Snow Den' slap bang in the middle of the building.

In fact, it was hacker Bryan Seely who was responsible for Maps' mistake, exploiting a loophole in its listings process.

To set up the listing, Seely said he created a business in Google that he could send and receive mail to. Google then sent a postcard to the address with a verification code.

He then deleted this address from his account, using another Google account to claim the business. By going through the phone verification process, he found he could move the business to wherever he liked - in this case to the White House.

Although Edwards Snow Den is listed as having a Seattle phone number, he managed to change all the other details without too much trouble, which obviously caused a lot of chatter.

As Microsoft knows, if Google ever finds a public security vulnerability in any other company, it gives them 90 days to correct the flaw. Yet Google has had over a year to close this hole that allows anyone to post a place on Google Maps, and hadn't dealt with it.

Previously, Seely has set up other businesses linked to the FBI and Secret Service. He wanted to use the method again to show that Google hadn't fixed the loophole.

Seely said that although Google does a lot of things right and is a great company, when it doesn't takes things like this seriously, it's disappointing. "It's disheartening. It's like finding out your favorite company is a piece of sh**," he told Search Engine Land.

Not only does it make Google look bad, it also misleads customers into thinking they are genuine businesses and could be used maliciously by others.