According to security researchers, a flaw in Android enables hackers to steal personal information from devices 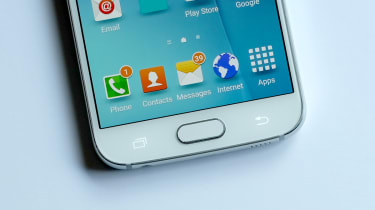 Yulong Zhang and Tao Wei, researchers at the company said personal data could be intercepted before it reaches a secure area on devices, allowing hackers to siphon it off.

The flaw is present in all devices running Android version 5.0 or older if the hacker was able to gain high-level access to a device. However, for those using Samsung Galaxy S5 devices, the issue is even more worrying, because hackers could potentially get fingerprint data by accessing the device's memory.

The research, to be presented at the RSA security conference in San Francisco today, revealed that criminals could create a fake lock screen that would make the user think they are unlocking the device when really they are authorising a payment.

Alternatively, hackers could over-ride the owner's fingerprint data with their own, meaning users are denied access to their own device, but criminals could use it instead for their own means.

All devices running on Android 5.0 and below are open to such attacks, but the update to Android 5.1.1 corrects this issue, FireEye said.

Because the flaw lies in the operating system rather than the device itself, FireEye said other Android-based fingerprint readers could be at risk too.

In April last year, the Samsung Galaxy S5's fingerprint reader was hacked by another set of security researchers who wanted to demonstrate how easy it was to over-ride the security measure.

Samsung said it takes its customers' security seriously and would investigate into the claims by FireEye.