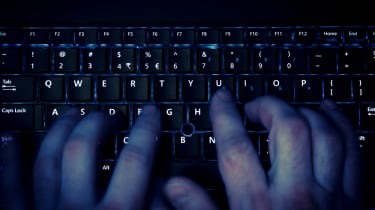 The head of MI5 has called on social networks to do more to report suspicious users on their networks.

In a live interview on Radio 4's Today programme, the first by a serving British security chief, Andrew Parker said that more online surveillance powers were required by spooks and added that terrorists posed a greatest threat to the public in more than 30 years.

Parker said that Islamic State was regularly using social networks to recruit members and plan attacks, adding that Facebook, Twitter and other platforms had a responsibility to report terrorist and other criminal activities to law enforcement agencies.

He said the programme that some of the social media companies "operate arrangements for their own purposes under their codes of practice, which cause them to close accounts sometimes because of what is carried".

"There is then a question about why not come forward?' If there is something that concerns terrorism, or child sex exploitation or concerns some other appalling area of crime, why would the company not come forward? That was the question the ISC was raising."

In a statement published after the interview, Parker said that MI5 was "being stretched by a growing threat from terrorism, and from Syria in particular, combined with the constant challenge of technological change.

"The way we work these days has changed as technology has advanced. Our success depends on us and our partner agencies having sufficient up-to-date capabilities, used within a clear framework of law against those who threaten this country."

The spy chief also warned over online encryption and said that advances in technology would cause terror suspects to "go dark".

"I welcome government's intent to update the legal framework accordingly and to make our powers more transparent. Keeping our laws up to date in this area can only be a good thing in a free, democratic country the very thing MI5 exists to protect. We need to be able to operate in secret if we are to succeed against those who mean the UK harm. But the capabilities we use can be described more fully in law.

"We take our legal and ethical duty to use these powers proportionately extremely seriously. We never use them for the sake of it and do not trawl at will through people's private lives."

UK internet body ISPA responded to the interview in a statement saying that it believes law enforcement should have reasonable access to communications data as long as the governing legislation has appropriate safeguards, oversight arrangements and does not damage inward investment and the UK's position as a leading place to do business online.

"ISPA calls on the Home Office to follow the advice of Parliament and consult with industry and the wider Internet community on the Investigatory Powers Bill," said Nicholas Lansman, ISPA Secretary General.

"It is important to get the balance right between privacy, security, maintaining user trust and the cost to industry as key issues such as retaining third party data, judicial oversight and data hosted abroad are discussed."