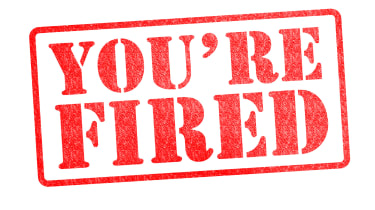 Multiple Symantec employees have been sacked after it was discovered they had issued fake Google security certificates - at least one of which was released into the wider web.

Google and Symantec investigated the counterfeit certificates and uncovered they had been issued without the authority of Symantec's Certificate Authority, Thawte.

Although such fake certificates can be used to launch security attacks, such as man in the middle assaults, resulting in information theft, Google blacklisted the fake domain certificates issued by Symantec and said it's unlikely they were used to attack any website or individual.

"During our ongoing discussions with Symantec we determined that the issuance occurred during a Symantec-internal testing process," Google's security and privacy product manager, Stephan Somogyi, and Adam Eijdenberg, certificate transparency product manager, wrote in a blog.

"All of these test certificates and keys were always within our control and were immediately revoked when we discovered the issue. There was no direct impact to any of the domains and never any danger to the Internet," he said.

He explained that 'a few' employees who, it said, had passed the company's on-boarding and security training, failed to follow its policies and were therefore fired after a "thoughful review process."

Google added: "We have updated Chrome's revocation metadata to include the public key of the misissued certificate. Additionally, the issued pre-certificate was valid only for one day. We discovered this issuance via Certificate Transparency logs, which Chrome has required for Extended Validation (EV) certificates starting 1 January of this year. The issuance of this pre-certificate was recorded in both Google-operated and DigiCert-operated logs."