Unbreakable encryption is closer than ever after quantum breakthrough 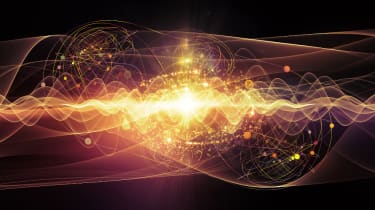 The system, which encodes encryption keys onto single photons, is able to transmit data five times faster than the previous record for quantum-encrypted data of 40GB/s.

This latest breakthrough is another step on the road to "unhackable" networks as, with this type of quantum encryption, if a person tries to compromise the network and read the data they will change the encoding and alert the system that a breach has been attempted.

The fact that the Toshiba/ADVA/BT consortium uses single photons in its cryptography is part of what has enabled it to smash the bandwidth record.

"The benefit of using a single photon is we can achieve much higher bitrates and longer distances, although the security of the two techniques is the same," he explained.

While the technology is still at the research and testing phase, Shields believes unhackable communications networks could be a reality for all in the not-too-distant future.

"We're coming very close to the time when we will see this working in practice," said Shields.

"Technology development always takes a bit longer than you think and with quantum cryptography, we've come a long way. We're now at the stage where we're buildign very practical prototypes for this technology, and that's what we've been demonstrating this week here at BT's Adastral Park," Shields added.