TechUK calls for police and tech firms to tackle cybercrime together 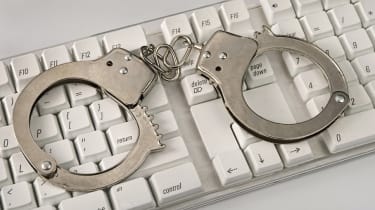 Following the news that online fraud makes up 44 per cent of overall crime in the UK, the organisation, which represents around 850 UK technology firms, wants to encourage new standards for recording cybercrimes.

Its Partners against Crime' report examines cyber-dependent and cyber-enabled offences crimes that are made possible, or easier, by technology at a local and regional level.

The report terms these as low impact' cybercrimes, as they do not merit action on a national level. This demonstrates the confusion surrounding cybercrime, as TechUK has "applied this term in the absence of any formal categorisation by the police".

Due to a lack of facilities for tagging cybercrimes, 50 per cent of police forces were unable to provide exact reports for such offences without manually looking through their archival systems, according to the report.

In order to improve the standard of reporting and fighting these cybercrimes, TechUK has published eight recommendations for police and industry bodies.

Among these are new classifications for various types of offences, recording exactly how IT resources were used to enable the crime and allowing easier trend analysis.

TechUK also wants to make the reporting of cybercrimes both easier and more obligatory, after an estimated 85 per cent of fraud and cybercrime during 2013-14 went unreported.

Also detailed in the report are proposals for deeper partnerships between police bodies and tech companies, creating joint groups for real-time sharing of threat intelligence.

15/10/2015: TechUK's report comes after the Office for National Statistics (ONS) added digital offences to the general crime figures for the first time, making up 44 per cent of total crime.

Half of the online incidents led to financial losses, and of those 78 per cent of victims received compensation of some sort, with 62 per cent being reimbursed in full.

The ONS also estimated via a field survey that there were 2.5 million crimes under the Computer Misuse Act, which includes virus infections and hacked accounts, although the former was several times more common.

The data includes police reports as well as crimes filed with the National Fraud Intelligence Bureau.

While the inclusion of the online crime data would bump up the headline crime of 6.5 million reported incidents by more than 78%, that doesn't necessarily mean crime is on the rise.

"It is important to recognise that these new data are not simply uncovering new crimes, but finding better ways of capturing existing crime that has not been measured well in the past," the ONS said in a statement. "However, it is not possible to say whether these new figures represent an increase or decrease compared with earlier levels."

Without the inclusion of cybercrime, the general crime rate would be down 8%, the ONS stats showed.  But Jack Dromey, Labour's policing spokesperson, said the numbers show that crime isn't falling, but shifting online. "The Office of National Statistics are forcing the government's hand and making them come clean about the new wave of crime hitting the British public rapidly growing online fraud and cybercrime," Dromey told the Guardian.