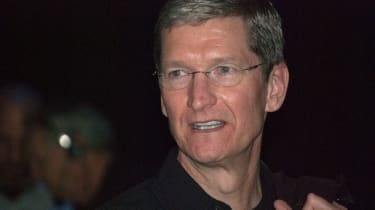 The Department of Justice (DoJ) has argued against Apple CEO Tim Cook's claims that encryption is essential on iPhones.

The debate came about after it was suggested that Apple should unlock an iPhone that was detained as part of a drugs probe, but Tim Cook said it was "too burdensome" to do so and the matter became a much bigger issue regarding encryption on devices.

Now the All Writs Order has come into play, which has in the past led to smartphone manufacturers having to unlock devices from the homescreen if and when requested by law. However, the Order was written in 1789, so seems a little out of date in today's technologically-charged world.

Apple is refusing to allow access to the device, but the DoJ stated that it has been able to convince Apple to unlock devices in the past when involved in a criminal investigation and cited three instances when it had successfully managed to infiltrate smartphones. Why is this case different?

It continued by arguing that it's no different to the government requesting that a company travels around the country unlocking safes holding confidential information.

Magistrate Judge James Orenstein, who has had some success representing companies subject to the All Writs Act then said he wanted Apple to explain why unlocking the device would be "burdensome".

Apple responded that it wouldn't necessarily be such, because the device in question is running iOS7, which doesn't offer end-to-end encryption, but could potentially harm the company's reputation because it would be going against the company's promise to encrypt its users devices and protect their data.