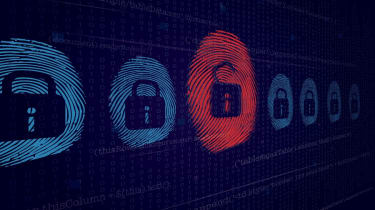 An app that stole up to half a million Instagram users' account details has been pulled from the Google Play Store and Apple's App Store.

Developer David Layer-Reiss, of Peppersoft Development, discovered that "Who Viewed Your Profile InstaAgent" was collecting login credentials to users' Instagram apps, and sending them, unencrypted, to the developer's server. 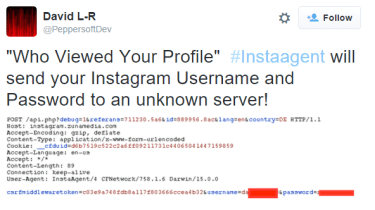 It was also responsible for a fair bit of shameless self-promotion, spamming users' Instagram feeds with advertisements for the app without their permission. 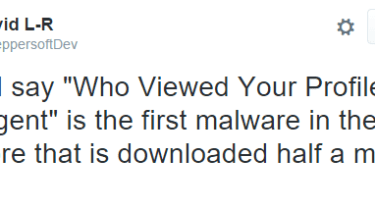 He shared his findings in a series of tweets this morning, speculating that the developer had gained access to over 500,000 Instagram accounts.

The free app, which promised users the ability to see who was viewing their Instagram profile, topped the UK and Canadian stores before it was removed earlier today. 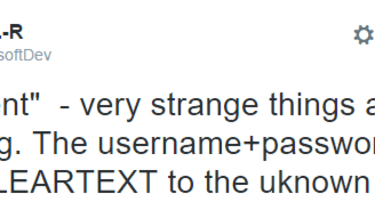 A number of apps advertising similar features still exist despite warnings from Instagram to avoid them and attempts to regulate third-party clients.

Apps offering an influx of new followers, claiming to sell likes, or revealing profile viewers generally do not work because information that is not shared with users is not shared with third-party applications, either. In most cases, they simply violate Instagram's terms of service.

To confuse things further, a legitimate app called InstaAgent is available for iOS, this one created by Philadelphia-based developer Craig Pearlman. Pearlman has tweeted about the confusion, attempting to differentiate his app from the information-stealing client making headlines. 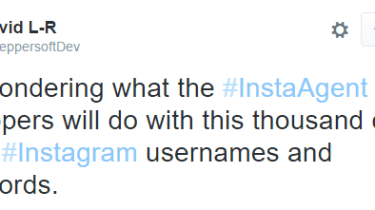 For those who have recycled log-in information for other services, it is best to monitor those accounts and reset those passwords as well - and perhaps not reuse passwords this time.

In the mean time, everyone is left wondering what the developer intended to do with half a million Instagram account details.

An Instagram spokesman told IT Pro: "These types of third-party apps violate our platform guidelines and are likely an attempt to get access to a user's accounts in an inappropriate way. We advise against installing third-party apps like these. Anyone who has downloaded this app should delete it and change their password."