Planes grounded at Paris Orly airport thanks to Windows 3.1 error

But the French Ministry of Transport won't modernise system until 2017 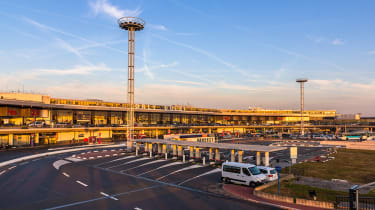 Planes were grounded at a Paris airport last weekend, after a comedy of errors emanating from software underpinned by the ancient operating system, Windows 3.1.

Paris Orly airport closed its runway on the morning of 7 November, with flights diverted to Paris Charles de Gaulle and Lyon airports, following a critical infrastructure failure caused by a system called DECOR.

DECOR links air traffic control systems directly with Meteo France and is vital for taking off and landing in low-visibility situations like mist and fog.

Le Canard Enchain, a French magazine that first reported the cause of the incident, said that only three engineers are allowed to touch the "capricious beast".

These engineers had been working to restore DECOR for many hours before the runway was closed for an hour for safety after fog set in.

The outage also had political ramifications - the Republicains, a political party set up by former president Nicolas Sarkozy, had to do without two of their big hitters, former Prime Minister Alain Jupp and MP Eric Ciotti, who were left stranded at their points of origin.

But the story doesn't end there.

After the system was eventually restored and the runway reopened, a spokesperson for the Ministry of Transport issued a statement promising the system will be modernised, but not until 2017.

An anonymous source in Air Traffic Control told Le Canard Enchain: "Saturday morning, air traffic was not that busy but think about it, if during COP21 [a sustainable development forum in Paris held the week of 7 December], the coming and going of heads of state gets disrupted by a prehistoric piece of software, what are we going to look like?"

While this is not the first time technological failure has led to flights being grounded, to the best of IT Pro's knowledge it is the only time such an incident was caused by such an ancient operating system.

The French Ministery of Civil Aviation did not deny the issues when contacted by IT Pro, but said it was unable to provide a response until Monday - the article will be updated with any new information then.