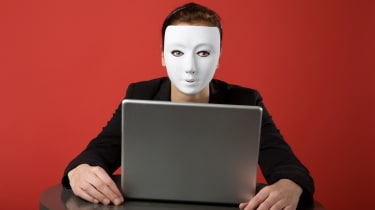 Hacker group Anonymous has admitted it took down Nissan's global and Japanese websites as a protest against Japanese dolphin culling.

However, the group said it didn't have plans to steal customer data or distribute it, but it said it wanted to give a warning to Japanese people involved in killing the creatures by bombarding the site with traffic, making it unavailable to people.

"They are a big corporation in Japan, and we have targeted big corporations to spread awareness about the killing [of dolphins] in the cove in Taiji because the Japanese news is censoring it," An anonymous hacker said in a statement. "As a note for Nissan, we are not out to harm your customer data or system data," he continued.

Anonymous planned its attack for the Detroit Auto Show, where Nissan showcased a number of its upcoming launches, including the Titan Warrior concept pickup van. At the time of writing, the Nissan websites were still offline.

"At Nissan, customer privacy and security is of utmost importance, and we take any potential threat to our information systems seriously," a Nissan spokesperson said.

"Because of a potential distributed denial of service attack, we are temporarily suspending service on our websites to prevent further risks. Nissan continuously monitors and takes aggressive steps to ensure the protection of our information systems and all of our data."

Anonymous carried out another attack against Dolphin culling last November, but at that time, it targeted Icelandic governmental organisations, taking down various websites for 13 hours.