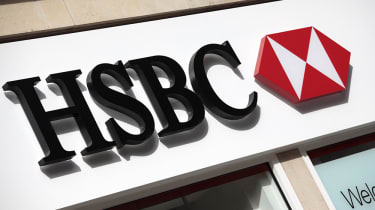 HSBC is set to roll out biometric banking to more than 15 million customers in the UK, it announced today.

Instead, the tech supplied by a company called Nuance would be able to check 100 unique identifiers in a person's voice to confirm they are who they claim to be.

These identifiers include speech speed, cadence and pronunciation, but also physical features like the shape of the user's vocal tract.

HSBC's First Direct service will start rolling the feature out to customers in the coming weeks before the rest of HSBC follows in the summer.

Francesca McDonagh, HSBC UK's head of retail banking and wealth management, said: "This is the largest planned roll-out of voice biometric security technology in the UK.

"The launch of voice and touch ID makes it even quicker and easier for customers to access their bank account, using the most secure form of password technology the body."

The feature would accompany Touch ID, which is available on Apple iPhone 5s models and newer, and which HSBC or First Direct customers can use by downloading the mobile banking app and following instructions to link their fingerprint to their bank account.

Barclays, which introduced voice recognition for its 300,000 wealthiest UK customers in 2013, is considering rolling the feature out to its 12 million retail customers, saying it had cut log-in times from 90 seconds to under 10 seconds.