A quarter of Windows devices open to hack

Duo Security found Windows computers, tablets and smartphones could be affected by 700 vulnerabilities 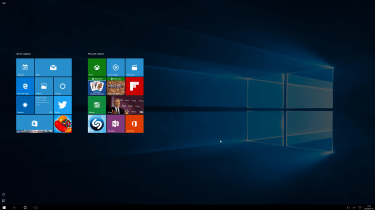 A quarter of all Windows devices, inclduing tablets, computers and smartphones, are open to 700 vulnerabilities because enterprises have failed to update Internet Explorer (IE) at a companywide level.

Duo Security revealed the statistic as part of its Trusted Access 2016 report, which also found 72 per cent of Java users are running an out-of-date version of the software and 60 per cent of enterprise users have not updated Flash either.

Both of these plugins could allow hackers to access devices and steal vital information relating to the company or to the user, which is in turn putting organisations at risk of a major breach.

"Organisations need visibility into the health of all devices accessing their business applications," saidMike Hanley, director of Duo Labs. "Each of these outdated devices poses a significant risk to a company. Visibility and insight will help better protect organisations against breaches."

The security firm's research showed Macs are more up to date than Windows machines, with 53 per cent of Apple devices fully updated with the latest patches across software and the operating system itself. Only 35 per cent of Windows users are running the latest version of Windows 10 or Windows 8.1.

The company said Mac users are more likely to update their operating systems because the updates Apple releases are usually more stable than those released for Windows devices, which usually require a couple of iterations before they are deemed safe and secure.

New OS X versions are also free, whereas Windows updates need to be paid for and this makes the former a more attractive option for enterprises that have to upgrade a larger volume of users.