Mumsnet members' details were published on Twitter by @DadSecurity 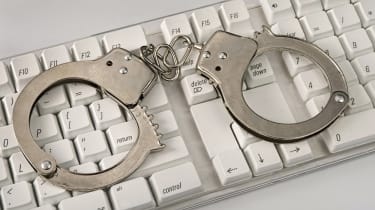 Police have charged an 18-year-old man from Surrey over last year's cyber attack on Mumsnet.

Hackers gained access to the site last August, stealing a list of member usernames, passwords and IP addresses, which were subsequently published on Twitter by @DadSecurity, along with the credentials of site administrators.

The parent networking website, which has 7.7 million members, was taken offline by the hack for a number of hours, and at least 11 user accounts were compromised.

David Buchanan was charged with two counts of hacking under the Computer Misuse Act, and is due to appear at Guildford Magistrates' court on 7 June. Two 17-year-old males were also interviewed under caution, but face no charge.

Founder Justine Roberts was also 'swatted' as part of the attack - a popular online harassment technique which consists of tricking armed police into raiding the victim's home.

Roberts told the New Statesman last year that she believed the attack could have been motivated by a misogynist agenda.

"Mumsnet has periodically come under attack from a mixture of people who think it's quite amusing, in a sort of 'let's upset our mother' kind of way, and people with a more sinister agenda for attacking a female-dominated space on the internet," she said.

"For whatever reason they're not overly keen on women interacting and supporting each other. It's upsetting and irritating but also very sad. It's a shame that those are the people being targeted when there are some truly evil people in the world you could spend your energy targeting."

Mumsnet was also compromised by the Heartbleed OpenSSL bug in 2014.