Does your smartphone mean more to you than your folks? 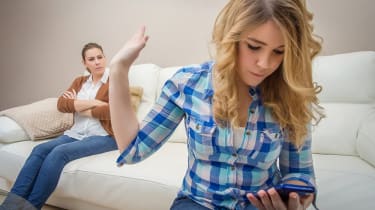 Almost one third of people value their smartphones more than their parents, research has revealed.

A study conducted on behalf of Kaspersky Lab by the universities of Wurzburg and Nottingham Trent asked people to rank the importance of elements like family, friends, pets and electronic devices.

Using an online tool called PORD (Positioning Relations and Devices), participants were told to place an icon on a chessboard representing themself.

They then positioned icons representing people and devices relative to how important they felt they were, with closer proximity designating higher importance.

The results showed that 29.4 per cent of the study's participants ranked their smartphones of equal or greater importance to them than their own parents.

"Another interesting finding was that people rate their smartphones as far more important to them as laptops or other devices that hold the same degree of information, highlighting the symbolic role our phones have for us as digital companions, forever at our side."

Despite this apparent connection, however, a separate experiment carried out as part of the same study showed that we are worryingly nonchalant about handing over access to our beloved devices.

In this experiment, participants were sat in a waiting room, before being asked for their height (as a distraction tactic) and their phone's PIN code. A staggering 93 per cent handed over the code, with the majority not even questioning it.

"This is worrying," said Astrid Carolus, media psychologist at the University of Wrzburg and leader of the study, "because it suggests that we are willing to put our digital friends -- and the data they hold - at risk."