"Unauthorised access" by third party may have compromised e-commerce site 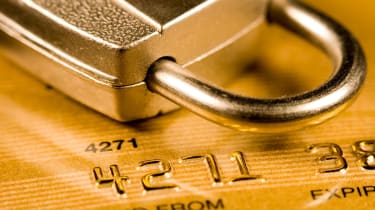 Acer has confirmed it did suffer a data breach last week, but has stated that UK customers are not affected.

Acer's e-commerce site was targeted by hackers looking to steal payment credentials, it emerged last week. However, the company today clarified that only US customers were affected.

In a statement, an Acer spokeswoman said: "Acer's e-commerce stores in EMEA are not impacted by a potential security incident reported in the US. Only the information of certain customers who used Acer's US ecommerce site are affected. Acer in EMEA uses industry compliant processing and security systems, and its ecommerce stores are hosted separately from other regions."

"Safeguarding our customers' personal information is very important to us and a top priority for all our online operations. We value the trust our customers place in us," she added.

Laptop and hardware manufacturer Acer has suffered a data breach, according to reports.

The news site has published what it claims is a pre-release version of a letter about to be sent to potentially affected customers.

"We took immediate steps to remediate this security issue upon identifying it, and we are being assisted by outside cybersecurity experts," the draft letter reads.

"We have reported this issue to our credit card payment processor. We have also contacted and offered our full cooperation to federal law enforcement," it adds.

The only law enforcement mentioned in the letter is the Federal Trade Commission (FTC) and it also makes reference to consumer rights under US law. This is not necessarily proof that only American customers have been affected, however, as it is possible the company may be sending out localised notifications.

Stephen Gates, chief research intelligence analyst at security firm NSFOCUS, said: "It appears hackers had access to private data for almost a year. This again is another perfect example of how hackers remain persistent in a network without anyone knowing it.

"In addition, breaches like this begs one to ask, Why did Acer find it necessary to store user information that included credit card numbers, expiration dates, and CVV numbers?' Is there ever a need to store all of that information long-term? Sure, it makes check-out more convenient when making an online purchase, but how long does it take to re-enter that information anyway?

"The recommended practice would be to delete that information, once a transaction is complete. When you have all three (credit card number, expiration data, and CVV) you basically have the keys to the kingdom, so to speak."

IT Pro contacted Acer for verification of the reports and comment on the matter, but had not received a response at the time of publication.