People are wrong to criticise Facebook's CEO for protecting his privacy 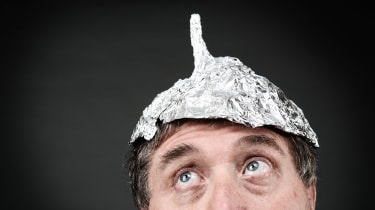 "Paranoid as f*ck". That's the phrase Gizmodo used to describe Facebook CEO Mark Zuckerberg, who has found his online security in the news again after details of his privacy habits came to light.

The Zuckernator posted a photo yesterday celebrating the fact that Instagram now has 500 million monthly active users. In said picture, Chris Olson, Amplify.LA's director of operations, noticed that the CEO's laptop's webcam and microphone were covered with tape.

This lo-fi security measure is designed to prevent hackers spying on you by remotely accessing your webcam's feed - a tactic that has been used by GCHQ and the FBI, among others.

In fact, covering one's webcam is a well-known and widely recommended security tip. It's the digital equivalent of closing your bedroom curtains; you never know who's watching, and why risk exposing your private and personal details?

At last month's InfoSec Europe cybersecurity convention, a multitude of vendors were handing out free plastic webcam covers for precisely this reason.

The US Army even uses the same tactic with its 'cyber soldiers', security expert and F-Secure CRO Mikko Hypponen points out.

Like many others, his company has also produced a set of webcam stickers bearing charming slogans like "Gone Phishing" and "there's no place like 127.0.0.1" that users can place over the lens - although Hypponen prefers a simple sticking plaster.

Zuckerberg's covering of his webcam was widely derided on social media, with various articles accusing him of paranoia. But why are we even vaguely surprised at this? Zuckerberg is the CEO of one of the biggest tech companies on the face of the planet, and a billionaire to boot.

As was aptly demonstrated when his social media accounts were hacked earlier this month, there are plenty of people who would love to exploit the security holes in Zuckerberg's online security.

There's also the issue that anyone who compromised Zuckerberg's work laptop webcam would have a direct window into all of the goings-on at Facebook HQ, potentially including business deals, corporate secrets and the development of new features.

With all this in mind, why wouldn't he take every protective measure possible and plug every gap in his cyber security, no matter how seemingly trivial? Why would any CEO not?

Joseph Heller wrote that "just because you're paranoid doesn't mean they aren't after you", and if you're in business or tech, the unfortunate truth is that hackers are always out to get you. Zuckerberg knows this, and he's protected himself appropriately.

The question is, have you?